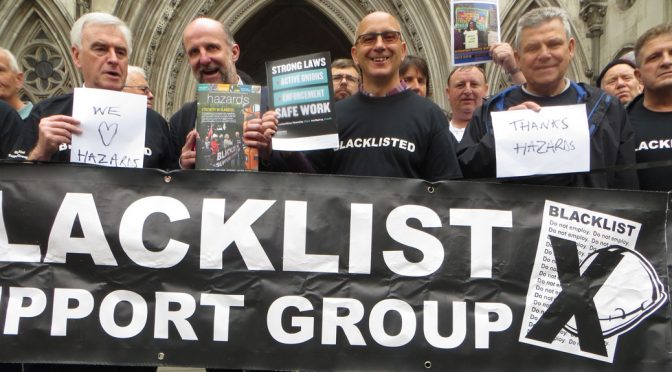 Labour’s Shadow Chancellor John McDonnell MP will speak at the final plenary session of the Hazards conference 2016 ,  the largest health and safety conference for safety reps in UK, run by Hazards Campaign, 29-31 July. He says:

“After a long term decline I am very worried that workplace deaths and diseases are on the rise again. Workers deserve the protection of strong employment rights, trade union rights and a safety watchdog that is up to the job.

“Six years of Conservative-led government have allowed rogue bosses to exploit an increasingly insecure and abused workforce. Labour will protect people at work, rather than create a world where the likes of Sir Philip Green and Mike Ashley can get away with whatever they want.

“Working people earn this country’s wealth and run our public services; these are essential tasks for which no-one should pay with their life.”

More details on the Hazards 2016 conference