On the 6th July  2018 the names of all 167 workers killed in the Piper Alpha Explosion and fire 30 years again were read out in remembrance.

Thanks to Scottish Hazards for this list. We should know their names, speak their names, and while remembering them, fight like hell that others will never again be killed in similar way.  However, regulations and safety lessons written in the blood of those  167 men killed in the Piper Alpha explosion have already been weakened and are being ignored,  leaving current offshore workers at greater risk from hydrocarbon leaks, HCR.    And Martin Temple Chair of HSE also says failure of other sectors to learn the lessons led to the fire at Grenfell.

30 years ago Piper Alpha was the worst fire in peace time, resulting from the rush for profit from oil taking all precedence over oil workers’ lives without strong laws and enforcement in place to protect them. The direct consequence was that 167 were killed, 167 families devastated, 61 survivors and others were traumatised. 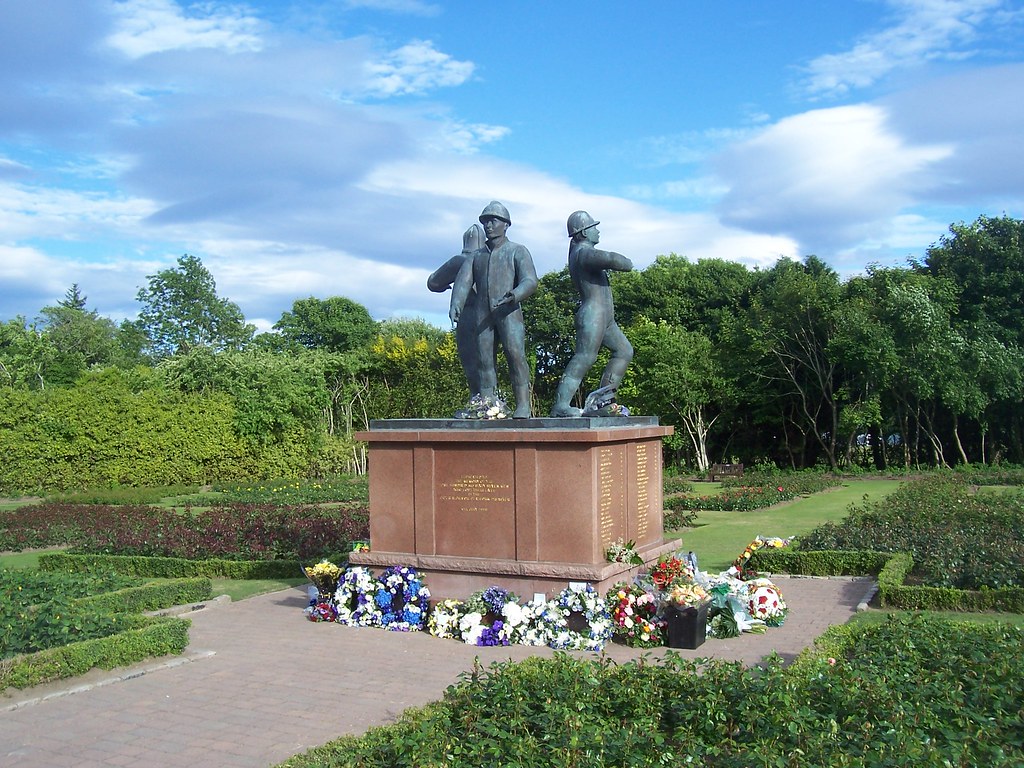 Following the Piper Alpha fire, Lord Cullen headed an inquiry and recommended many broad changes to the regulation of offshore drilling which are well laid out in the Scottish Hazards blog

Removing a conflict of interest by making the Health and Safety Executive, HSE,  rather than the Department  of Energy responsible for health and safety offshore,  and the development of a ‘safety case regime’ similar to that in the nuclear industry were two chief recommendations of Lord Cullen.

The first Offshore Installation (Safety Case) Regulations came into force in 1992 but by 2005 the duty to review the safety case every 3 years was relaxed to leave the safety case applying over the life of the installation, in the Offshore Installation (Safety Case) Regulations 2005.  This weakening of the requirement was driven by oil industry leaders complaining of the myth of over-burdensome regulations and leaves offshore workers burdened by the risk of being killed on deteriorating rigs while oil prices decline and HCRs, with their risk of explosion and fire increase.  The Elgin blowout was one such release that came “perilously close to disaster”

Chris Flint, HSE’s Director of Energy Division, is so concerned he wrote in April this year to all offshore operators urging them to assess their operation and reflect on learning from incidents.

“Every HCR is a safety threat, as it represents a failure in an operator’s management of its risks. I recognise the steps the industry has taken to reduce the overall number of HCRs, however HCRs remain a concern, particularly major HCRs because of their greater potential to lead to fires, explosions and multiple losses of life.  There have been several such releases in recent years that have come perilously close to disaster.”

‘The letter requires operators to respond to HSE by 20 July 2018 with a summary of their improvement activities and plan arising from their self-assessment.  The HSE has also committed to feeding back significant findings from the exercise to the industry later in the year.’

We await developments but note with alarm the lack of enforcement action taken or threatened. When Barry Stott, an offshore worker who was 3 years old when his father died on Piper Alpha, read the HSE warning he told the BBC:

“How can that still be possible? I don’t think there would be any other industry in the world where 30 years on from such a seismic disaster we were on the verge of the same thing happening again? That’s not my opinion, that’s what I’m reading, from the HSE and others. It’s a growing concern for the whole city and the whole industry.”

Scottish Hazards notes that the OffShore Installation (Safety Case ) Regulations 2015 put a duty on operators to consult with safety reps on the safety case and ‘to make arrangements to communicate national arrangements for anonymously  reporting health and safety concerns.’ While welcome, Scottish Hazards emphasises the reality that without clear evidence of strong enforcement by the HSE  to ensure adherence to safety cases by operators  and penalties  for those who don’t,  workers cannot  develop the confidence to report concerns.

But strong enforcement is exactly what we do not have.  Due to slashing HSE budget  by 50%,  cutting inspector numbers, plus commercialising,  business-friendly measures to ensure health and safety watchdogs consider the business case before workers lives and health since 2010, lack of enforcement  is rampant.  Deregulation known now as ‘Better regulation’ runs  across work sectors, offshore and onshore, covers everything from work, food, construction  materials, electrical and other home appliances, and environmental pollution

The fact that 29 years after the worst peace time fire at Piper Alpha, there was the second worst fire at Grenfell Tower is about far more than failing to learn or forgetting the lessons of Piper Alpha.  The lessons from the killing of 167 men have been deliberately attacked and undermined by the  demands by oil business leaders that health and safety regulation enacted after the disaster are  ‘only pointless red tape’ that is burdensome to their business and  must  be eradicated which has been acted upon by  successive neoliberal governments   as laid out in Hazards Magazine  We must name the causes and consequences of this deadly behaviour as Dave Whyte does in ‘The neoliberal bonanza from Piper Alpha to Grenfell.’

Hazards Campaigns calls for the reclaiming of regulation and enforcement to protect our health and lives as a  social good, the mark of a civilised society  and a complete rejection of deregulating for business interests,  We also call for more rights and powers for workers to organise for better health and safety to participate, to be informed and consulted  and the right to refuse work that put their lives and health at risk