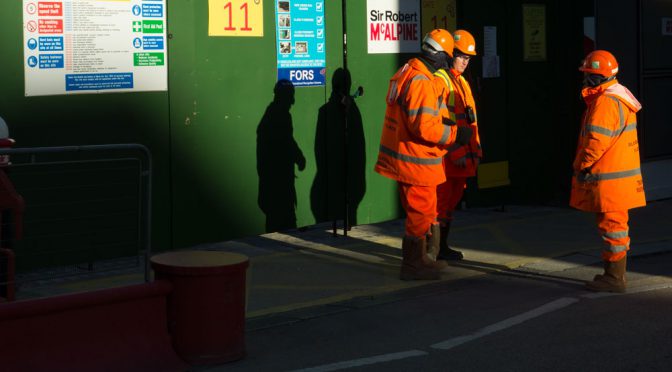 The latest HSE provisional figures  for workplace fatal injuries in Great Britain show 144 fatally injured between 1 April 2017 and 31 March 2018 which is nine more lives lost in preventable incidents than the year before 2016/17.

Coming a year after the Grenfell fire, and just before the 30th anniversary of the Piper Alpha fire which killed 167 workers, the upward trend is worrying.  The Cullen Report into the Piper Alpha disaster led to tighter regulations and enforcement of fire safety offshore.  Health and safety regulations written in the blood of the Piper Alpha workers undoubtedly saved many lives over the years but the lessons were not learned across all industries and could have prevented Grenfell .

In fact the need for strong fire safety laws, standards and enforcement has been totally rejected by governments intent on cutting regulations on fire safety to spare the ‘burden on business’.  This obsession with deregulating has shifted the burden to us, to workers, and the residents of Grenfell and other high rise tower blocks

Work deaths were dropping steadily up to 2010 when the Tory/Lib Dem coalition turbo charged deregulation with the ‘Red Tape Challenge’ and attacks on HSE, but have plateaued since.  Now the trend is going in wrong direction. Work deaths are going up while the government obsession with deregulation is just as strong and just as deadly.  Anecdotal reports from offshore workers show they fear things are going backwards in terms of safety offshore, and fear that, as at Piper Alpha, profits are being put before workers’ lives.

Significantly HSE’s fatality figures show that 40% of the deaths were to workers aged 60 or over while this group only make up 10% of the workforce. The rate of fatal injury rises steeply from the 55-59 years age group, and is highest in the 65+ age group where it is almost five times the rate for all ages. This raises questions about the lack of management of risks to ageing workers, and also that the increase in state pension age means many more people will die at work.  Agriculture which has the oldest workforce has the highest rate of fatalities at 18 times the average for all work.

Waste and recycling has a fatality rate 16 times the average, and has a low level of unionisation which is known to make work safer, and employs a larger proportion of more vulnerable migrant workers.

Construction still has a higher than average death rate at around four times the average and killed the largest number of workers at 38 for 2017/18.

But HSE official ‘144 killed by work’ is only the tip of the iceberg which we estimate at more like 140 a day dying from work! Hazards Campaign’s report The Whole Story  explains that the  2017/18 144 worker deaths reported by the HSE plus another 100 members of the public is pretty horrifying but isn’t even the full total of those killed while working, let alone all those killed by work illnesses and dying often years later.

The HSE only counts those killed at work in incidents which are reportable to HSE and Local Authorities under RIDDOR .  It excludes all those killed while at work on the roads, at sea and in the air – as their report makes clear in the  Technical Note on page 13.  It also excludes work-related suicides, which are not reportable under RIDDOR and are not even investigated. Although HSE records 100 members of the public killed, it does not add them to the total and report them.  It does not include the 72 people killed at Grenfell arguably due to the work-activity of refurbishing which turned it into a death trap.

These HSE statistics only refer to fatalities in incidents at work, not due to illnesses, but they are frequently reported as a total death caused by work figure.  To the totals of around 1,500 killed by work-related incidents, must be added the estimated 50,000 dying from disease caused by poor working conditions.

Evidence is piling up that shows what makes work safer and reduces deaths is strong unions, strict enforcement and strong, active unions  . To reverse the upward trend in preventable deaths caused by work, the Hazards Campaign calls for the strict enforcement of laws and employers duties to workers, stronger laws, repealing of anti trade union laws and more rights for workers to know the risk they face, to enable participation in workplace health and safety, and the right to refuse dangerous work.   The Hazards Campaign calls for an end to deregulation of the protective health and safety system which has been fully and publicly exposed as deadly by the Grenfell fire . We call for an end to the government enabled downward slide into a third world, informal precarious economy which is bad for workers, bad for the economy, everyone.

Every day this comes to about 140 people killed because of work.